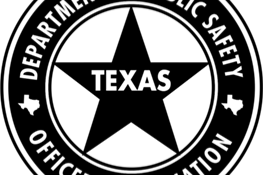 A Note about the Start of a New Legislative Session

Now that the General Election is complete, we wanted to provide you with an update on how the Texas legislature will operate leading up to and during the start of the legislative session.

Legislators may begin to file bills on the Monday after election day, which is November 14, 2022. We expect a few hundred bills to be file today. Many of the bills filed at the start of the session are bills that died last session, or on issues on which a lawmaker hopes to make a splash and obtain some early-session momentum. Filing a bill on the first day is often more symbolic than anything else. Just because a bill is filed very early does not mean it is more likely to pass.

We will begin developing our bill tracks for you today and provide updates as they are populated. The filing of bills slows to a slow trickle after today and will likely not increase until the session starts on January 10, 2023. Bills may be filed until March 10, 2023.

On the first day of session, the legislators will be sworn in, and – in the House – the speaker will be named. This will follow a vote of the 150 members of the House. Representative Dade Phelan (R-Beaumont) is expected to be named to a second term as speaker. He is facing a challenge from a member of the Freedom Caucus, yet Phelan is expected to win by a large margin.

Both the Senate and House will adopt their rules in the first few days of the session. While the adoption of the Senate Rules is usually a quick process, the House Rule adoption debate can be more controversial. We expect the most controversial new proposal up for consideration in the House Rule debate to be a measure to require the speaker to only name committee chairs to be from his or her political party. Such a rule would break from a longstanding tradition of the house. Member’s votes on this issue will likely have political impacts throughout the session and beyond, even into the post-session primary season.

The Governor will also make a State of the State speech sometime in January. He will outline his priorities for session, including Emergency Items that can be considered in the first 60 days of session.

Once committees are named, bills may be referred and committee hearings will take place.

If you have any questions on the Texas Legislature or the process, please let us know.