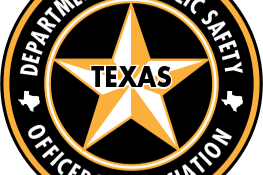 In a July 14 letter to state leadership, Hegar said the state will have $149.07 billion in GR-R funds available for general-purpose spending for the 2022-23 biennium, resulting in a projected fiscal 2023 ending balance of $26.95 billion, an increase of $14.95 billion from the November projected balance. The ending balance does not account for any 2022-23 supplemental appropriations the Legislature may make.

“This revised estimate includes a net decrease in projected GR-R spending of $1.5 billion yet is mostly driven by tax revenues that rebounded strongly in recent months after being suppressed by the pandemic in the previous biennium,” Hegar said. “In fact, many tax revenue categories reached their highest collections on record, and this fiscal year has experienced the largest one-year increase in total tax collection, as compared with the prior fiscal year, in Texas history. This is especially true of state sales taxes, where monthly collections for each of the last 15 months exceeded $3 billion and averaged $3.5 billion.

“Severance taxes performed extremely well due to elevated oil and gas prices caused by energy market volatility. This is due in part to a strong global economic recovery coupled with the war in Ukraine and a period of limited investment in fossil fuel production and refining capacity. It is important to realize that inflation is a significant contributing factor as to why we have seen record tax collections in sales tax and other revenues over the last year.

“This estimate is subject to substantial uncertainty,” Hegar said. “High inflation, geopolitical conflicts and renewed COVID restrictions among our global trading partners could impair economic activity. While this is not a recession forecast and continued economic growth is expected, the rate of economic growth is anticipated to slow. Revenue growth in fiscal 2023 is estimated conservatively in view of the degree of uncertainty and heightened risk of a recession.”

The Economic Stabilization Fund (ESF; the state’s “Rainy Day Fund”) and the State Highway Fund (SHF) both receive funding from oil and natural gas severance taxes. In fiscal 2023, the ESF and SHF each will receive $3.58 billion in transfers from the General Revenue Fund for severance taxes collected in fiscal 2022. After accounting for appropriations and investments and interest earnings, the CRE projects a fiscal 2023 ending ESF balance of $13.66 billion.

“I will continue to monitor the Texas economy and state revenues closely, and I will keep the public informed of significant events as they arise,” Hegar said.

Visit the Comptroller’s website for a useful infographic and detailed tables of the full CRE.

Quick of the heels of Comptroller Hegar releasing the revised state revenue estimate, Lt. Governor Patrick released a plan for how to spend some of the additional revenue:

“Today the Comptroller released an estimate of a $26.9 billion expected budget surplus, an unprecedented windfall for the Texas economy. Since I have been Lt. Governor, we have managed our budget wisely. The Texas economy leads the nation and is a major force in the global marketplace.

“In addition, the Comptroller expects over a billion dollars to be added to the rainy day fund leaving us an estimated ending balance of $13.7 billion in August of 2023.

“I have always believed returning money back to taxpayers does not grow government. Every member of the Texas Senate will have ideas on how this additional revenue should be spent and I will give them full consideration. However, I believe, first and foremost, any surplus should first go back to the taxpayers of Texas. Texas homeowners must receive tax relief before we commit to any new spending.

My priorities for the funds Comptroller Hegar forecasts today are:

“Of course we must continue to maintain our effort to secure the border where the federal government has failed. I still have concerns about a national recession but the Texas economy will always lead the nation with our conservative approach to spending and putting taxpayers first. This unprecedented windfall due to the hard work of Texas taxpayers and our growing economy will give us the funding we need to weather any future economic storm that the Nation may face.”

A number of Texas lawmakers have announced plans to seek additional penalties and file future legislation to punish and restrict people and businesses with regard to abortion access.

Eleven state lawmakers in the Texas Freedom Caucus, a group of conservative members of the Texas House, sent a letter to international law firm Sidley Austin warning the company that paying for their employees’ abortion costs could expose them to criminal penalties.

“It has come to our attention that Sidley Austin has decided to reimburse the travel costs of employees who leave Texas to murder their unborn children,” the Texas Freedom Caucus wrote to Sidley’s Dallas branch office.

“It also appears that Sidley has been complicit in illegal abortions that were performed in Texas before and after the Supreme Court’s ruling in Dobbs v. Jackson Women’s Health Organization, No. 19-1392. We are writing to inform you of the consequences that you and your colleagues will face for these actions.

“We will also be introducing legislation next session that will impose additional civil and criminal sanctions on law firms that pay for abortions or abortion travel. The legislation that we will introduce will include each of the following provisions.

First. It will prohibit any employer in Texas from paying for elective abortions or reimbursing abortion-related expenses—regardless of where the abortion occurs, and regardless of the law in the jurisdiction where the abortion occurs. This provision will impose felony criminal sanctions on anyone who pays for these abortions to ensure that it remains enforceable against self-insured plans as a generally applicable criminal law.

Third. It will require the State Bar of Texas to disbar any lawyer who has violated article 4512.2 by “furnishing the means for procuring an abortion knowing the purpose intended,” or who violates any other abortion statute enacted by the Texas legislature. If the State Bar fails to disbar an attorney who has violated these laws, then any member of the public may sue the officers of the State Bar and obtain a writ of mandamus compelling them to impose the required disciplinary sanctions.

Fourth. The legislation that we will introduce next session will empower district attorneys from throughout the state to prosecute abortion-related crimes—including violations of article 4512.2 of the Revised Civil Statutes—when the local district attorney fails or refuses to do so. It will also eliminate the three-year statute of limitations that currently applies to violations of article 4512.2. The state of Texas will ensure that you and colleagues are held accountable for every abortion that you illegally assisted.

The letter also makes the case that since Texas never repealed the abortion ban once deemed unconstitutional in Roe v. Wade, now that the ruling has been reversed that old statutes regained effect citing a recent advisory statement from Texas Attorney General Ken Paxton.

Additionally, three Texas Committee Chairmen are gathering signatures from colleagues to urge the State Supreme Court to allow enforcement of criminal penalties under the 1925 total abortion ban. Under the state's 1925 total abortion ban, the person who performed an abortion would face two to ten years in prison. Sen. Brandon Creighton (Chair of Senate Education and Higher Education), Rep. Dustin Burrows (Chair of House Calendars) and Rep. Briscoe Cain (Chair of House Elections) have drafted an argument (see attachment) and are gathering signatures from senators and representatives to support their request. The Texas Supreme Court has already found that Attorney General Ken Paxton can enforce the 1925 total ban on abortion through civil litigation.

Governor Greg Abbott has appointed George B. Peyton V to the Texas Water Development Board (TWDB) for a term set to expire on February 1, 2027. The Board provides leadership, planning, financial and technical assistance for the responsible development of water for the State of Texas.

George B. Peyton V of Austin, originally from Canadian, Texas, is President of River Valley Holdings, Inc., an investment holding company. Previously, he served as President of Riverbank Operating, LLC and Remora Petroleum, LP. He is the founder and former managing director of Fifth Well Investment Management, LLC. He is a board member of the Salvation Army of Austin, a volunteer coach for Trinity Episcopal School, and a member of All Saints Presbyterian Church. Peyton received a Bachelor of Science in Astrophysics and a Bachelor of Business Administration in Entrepreneurial Management from Texas Christian University and a Master of Business Administration from Stanford University.

Senator Kelly Hancock (R-North Richland Hills) who serves as Chair of Senate Veteran Affairs has undergone a kidney transplant thanks to a donation from his son-in-law. The transplant was successful and both men are doing well. We wish them both a speedy recovery!