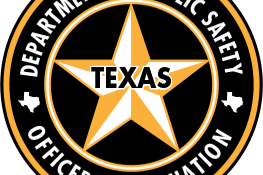 “The interim report released today by the Texas House Investigative Committee on the Robb Elementary Shooting provides some of the most thorough and accurate information released to date surrounding the tragic situation that occurred on May 24 in Uvalde. I thank Chair Burrows and the committee’s other two members, Representative Moody and the Honorable Justice Guzman, for their thoughtful and diligent work — it has provided answers to the people who need it most. With transparency and accuracy as its guiding force, the investigative committee has equipped the Texas House with the facts our chamber needs to continue to respond to this tragedy in the coming months and during the 2023 legislative session. I look forward to conversations with the Select Committee on Youth Health & Safety and Homeland Security & Public Safety Committee on this matter and the robust policy discussions our members will have heading into next year.”

Last week, I reported that three Texas Committee Chairmen were gathering signatures from colleagues to urge the State Supreme Court to allow enforcement of criminal penalties under Texas’ 1925 total abortion ban that made performing an abortion by any method punishable by two to 10 years in prison. Some lawmakers argue that because the statute was never repealed, it should go back into effect following the Dobbs decision.

Attached is the updated legal brief calling for enforcement of criminal penalties for performing an abortion as outlined in Texas’ total abortion ban passed in 1925. It has now been signed by following members of the Texas Senate and House:

I also reported on a number of additional proposals from lawmakers that would further restrict access to abortion. Interestingly, Senator Bryan Hughes, Chairman of the Senate State Affairs Committee and author of the state's six-week abortion ban, said in interview that in the next legislative session he will not look to restrict emergency contraception or block patients from traveling out of state to get the procedure as is being proposed by other Texas lawmakers. Recommended reading: https://www.houstonchronicle.com/politics/texas/article/Architect-of-Texas-abortion-ban-says-he-17308424.php

Gov. Greg Abbott (R) and Democratic challenger Beto O’Rourke (D) posted the two biggest single-period fundraising totals in state history for a state race. For their fundraising reports that cover the period between February 20 through June 30,