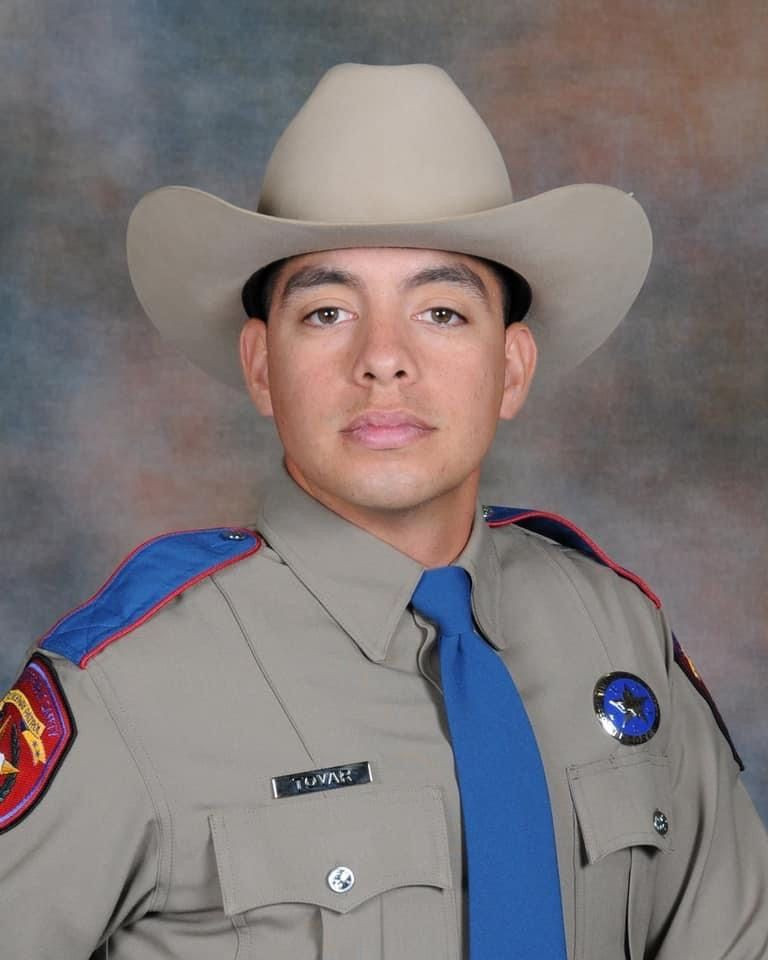 On April 8th, 2021 for unclear reasons, an employee of the Kent Moore Cabinet Company in Bryan, Texas opened fire with a handgun on his co-workers which resulted in the death of one individual and the serious injury of several others. Officers from multiple agencies, including Texas DPS, responded to the scene to provide assistance, but the suspect had escaped from the area prior to police arrival. Fairly quickly, a white male suspect in the shootings was identified and it was determined he resided in neighboring Grimes County.

Texas Highway Patrol Troopers, DPS CID Special Agents, Texas Rangers, DPS Aircraft, and our local partners began to move toward the community of Iola in Grimes County in an attempt to locate the suspect to prevent further harm to innocent civilians. Trooper Juan Tovar (THP Madisonville and B-2018 Academy graduate) heard the call and immediately responded from Madison County to Grimes County. Trooper Tovar intercepted the suspect near his residence and the suspect immediately opened fire on Trooper Tovar with a semi-automatic rifle. Trooper Tovar’s vehicle was struck thirteen times as he quickly attempted to reverse a long distance out of the area while returning fire on the suspect. Unfortunately, during the firefight, Trooper Tovar was struck in the left eye with a rifle round which had penetrated his patrol vehicle’s windshield. Other Troopers and local deputies immediately rendered aid and Trooper Tovar was ultimately airlifted to St. Joseph’s Regional Medical Center in Bryan in serious but stable condition. He was conscious and talking with family and co-workers at the hospital prior to being sedated to stabilize his wound and condition. The suspect was apprehended by fellow Troopers a short time later without additional incident.

Trooper Tovar has a long recovery in front of him with lasting effects, but he is currently surrounded by his family, friends and his co-workers who came from far away to be by his side. Please keep Juan and his family in your thoughts and prayers as they begin to work through the healing process.

The Texas DPS Troopers Foundation is raising money for the family to help with any financial needs. DPSTF is a 501 (c) 3 so any funds donated are tax deductible.

To make a donation to assist with Trooper Tovar's road to recovery, please click here.